NOTE: I Don't know what I was waiting for to post this probably a picture to attach to it (now done). For some reason I had this originally in my post drafts on my regular Kirk's Knook blog from early April. Due to the format I know I was planning on cross-posting it here, but I don't know why I abandoned it other than I was neglecting my blogs around the time this happened. I am posting it here but not on my other blog. I should have posted this when it happened back on 10 April 2012. 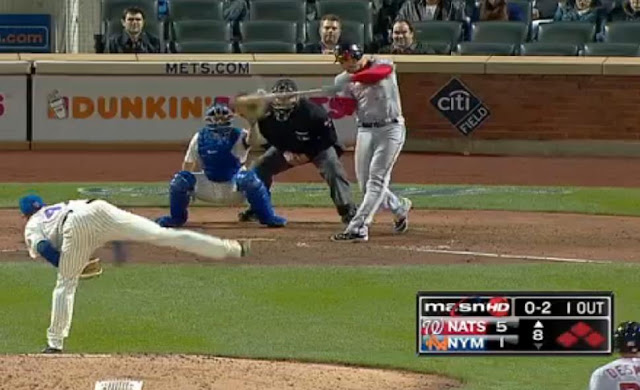 HoooooYah! Ryan Zimmerman got RBI number 500 in Tuesday Night's game (10 April 2012) vs. The Mets on a sacrifice fly. He flied out to right fielder Lucas Duda, catcher Wilson Ramos beat the throw and scored. Ryan is the first Nat to get to 500 Ribbies and only the 7th player in the Expos/Nationals Franchise to achieve this career plateau. He joins Gary Carter, Andre Dawson, Vladimir Guerrero, Tim Raines, Jose Vidro and Tim Wallach in the team's 500 club.

As usual The Z-Man was very humble upon the announcement. He wasn't even aware that he was that close to that level of accomplishment.

Related Articles:
Zimmerman Notches 500th RBI in Nat's Win
NATS: Ryan Zimmerman Hits 500th RBI
MLB: Why the Washington Nationals Will Finish First in the NL East in 2012 - Optimistic article. Time and the rest of this season will tell if that prognostication will be fulfilled.