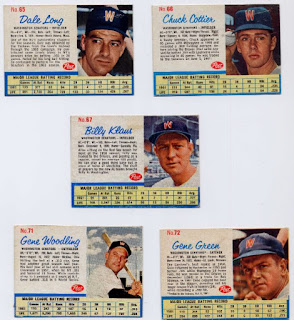 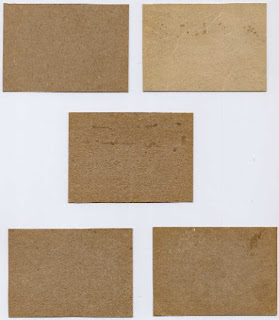 From Ebay I got a Five Pack of 1962 Post Washington Senators. The cost was relatively cheap $8.44 + $3.95 shipping. They all have nice straight edges. At one point they might have been "trimmed" to make the edges even straighter. I don't really care that much I don't plan on selling them. I won't say much about them except for one of them and my concern about it and possibly the rest. 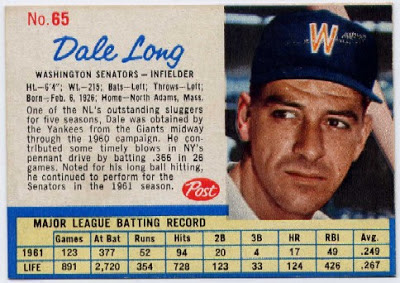 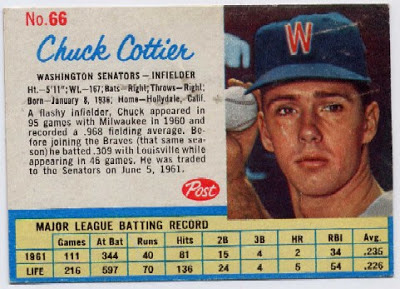 It is a little hard to see in the scan but there is an oddity with Chuck's card. If you look carefully on the upper right of his head  you can make out a sort of square shape, that is from a piece of yellowed cellophane tape attempting to hold the corner on to the cardboard backing. Sigh! Maybe that one is a fake. If it is then maybe all five are fakes UGH. But why would someone try to fake these? They don't seem to be worth it. If it is a fake then it was made sometime ago as the tape is yellowed and the tape stain on the back of the paper is also yellowed. I really hope if is not counterfeit but if it is OH Well. 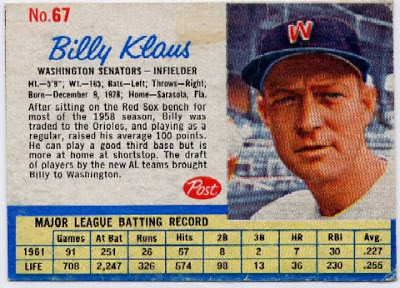 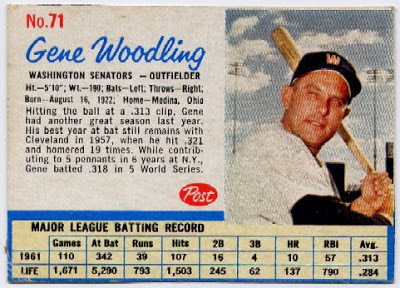 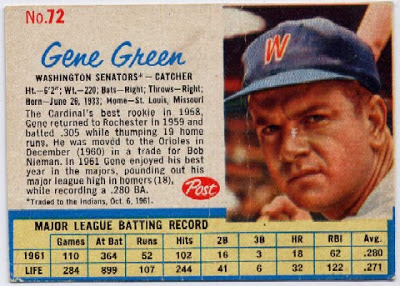