Topps Now Turn Back The Clock The Kid Takes The Helm

Originally I was going to post this card with the other card I had bought with it. Both are 2021 Topps Now cards. This one being a "Turn Back The Clock" card is appropriate to post today Memorial Day so I decided to go that route.

To some this might not be a big deal but to Washington fans I think it was a pretty big event. 07 April 1969 Hall of Fame player Ted Williams dons the manager uniform for the Washington Senators for the first time vs The New York Yankees. The Yanks win the game 8-4. Ted Williams would manage the Senators from 1969 to their last season in Washington in 1971 and on into their transition to The Texas Rangers until 1972. 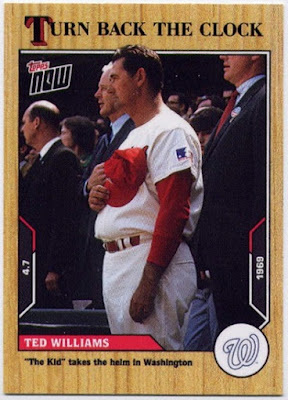 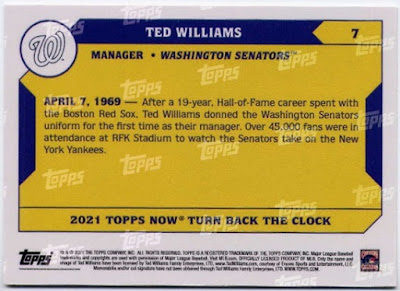