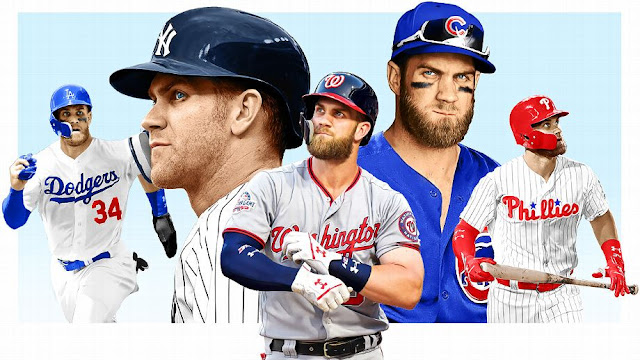 The 2018 Season saw the end of Bryce Harper's initial contract and his opening for free agency. He  most likely will be sporting a different uniform for the 2019 season. At the time of this posting he has not signed with a team. Most sources have ruled out him sticking with the Nationals. Some signs point to his dream team Yankees, others the Rangers or even Phillies? OH Please NOT Philly. No division rivals. Teams that have been mentioned as considering a bid in the Harper Auction, or that sports columnists are dreaming about are: Cubs, Rangers, Reds, Phillies, Mets, Dodgers, Angels, and Yankees. With the Cubs, Dodgers and Yankees being most talked about, as well as division rivals Phillies and Mets.

As a big Nationals fan and a fan of Harper it is a big disappointment for me to see "Homerin' Harper" or "Hawper" go. I had hoped he would stick with the Nationals and spend his entire career here. No matter where he ends up I hope it isn't with a rival team to the Nats. Please NO Division Rivals. I repeat no division rivals. I would rather he sign a long term contract with an AL team and then near the end of his career switch to being the DH for that team.

So I guess I will just show some Harper Cards here: Note: For this quick and dirty post I'm just showing card fronts. I didn't scan the backs. 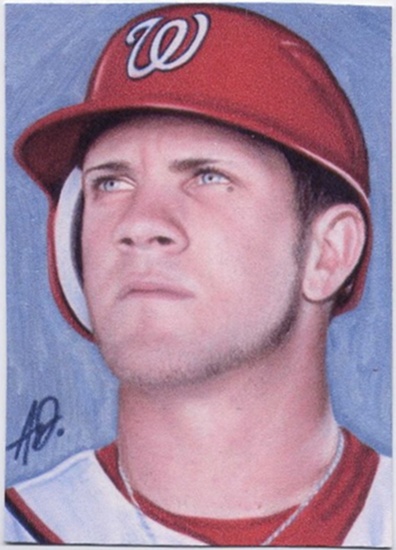 This card I got quite a while ago back on 12 May 2015 as a matter of fact (according to my semi-reliable mail day posts). I got it for $8 from Ebay Free Shipping one of those ACEO Artist Sketch cards. I think the seller was the artist himself Anthony Douglas it is serial numbered 9/25. I haven't scanned the back that has his artists signature in the center and the serial number in lower right corner. I thought I had already scanned and blogged about this card but I had not yet. It wasn't scanned on my 'puter. Perhaps someday I will blog about it here like I do on my Blogged But Not Blogged posts at my other blog.

Moving on to some other Harper cards. Some of these came from group breaks, purchases or trades from ages ago. Maybe I'll get around to posting about the individual mailings maybe not. 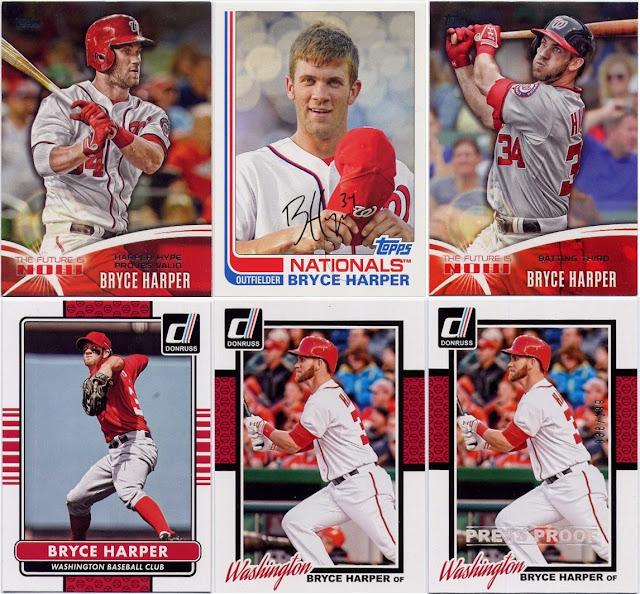 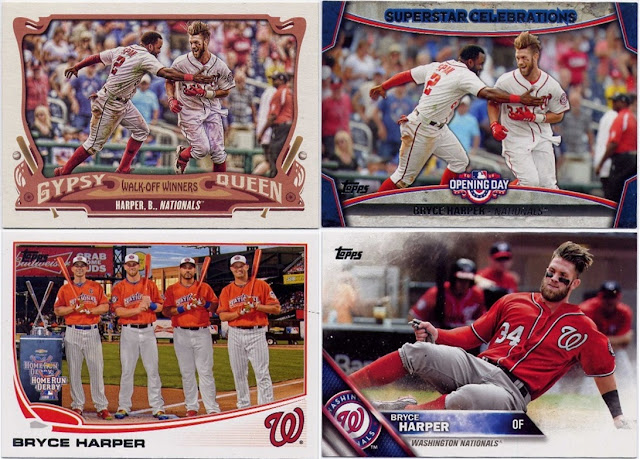