Some months back I made a post about a crystal parallel to this card. Today I am finally posting about the base version. OK the real reason is I needed a quick and dirty post for the end of the year since I still haven't finished a couple of posts from all the post-season hubbaballoo. I noticed I had scanned it but apparently never posted about it.

So here is the Base of Anthony Rendon's 2011 Panini Playoff Contenders Prospect Ticket. I think this type of card is officially called an "X-RC" which is a weird way of saying a pre-RC which technically since is their first card should be an "RC" but since they are a minor league prospect, or in this case shown in College Uni. Heck I don't care what the thing is called. I like it cause Tony is one of my Fave Nationals. 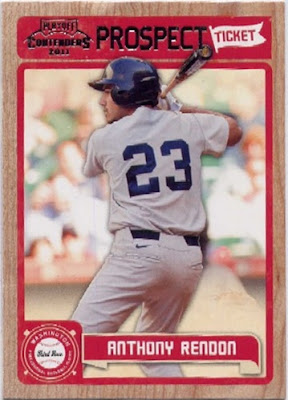 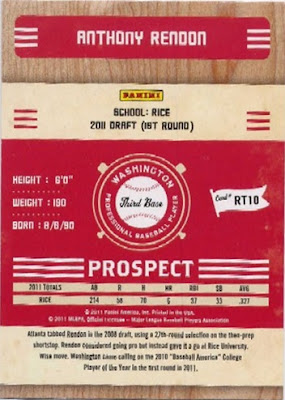