We shouldn't be here. Should we? WILD CARD EDITION

WOW! We shouldn't be here. Should we?
WILD CARD EDITION

The Nationals sneaked into the playoffs. They may have lost the NL East Division to the mighty Braves, but they managed to get into the Wild Card game. To be painfully honest, the Nationals should NOT be in the position they wound up in. They started off the 2019 season dismally in what looked like it was going to be another sub par season, maybe even a losing season (which they haven't had since 2011 when they went 80-81 missing a rained out game that wasn't vital to any post seasons for anyone). After 50 games and some early injuries always the injuries at inopportune times, they were a measly 19-31. Hardly a team that could make it to the playoffs. Then...

They started following skipper Dave Martinez's policy of going 1-0 every game. Don't worry about last night's loss or bask in the glory of the win the day before, don't anticipate tomorrow's win just concentrate on the here and now one game at a time and "Stay in the Fight" and have fun. From mid May to the end of the season (and into the Playoffs) the Nationals got RED Hot and finished the regular season 93-69 and got the number one Wild Card spot with a 4 game lead ahead of the Milwaukee Brewers who finished 89-73.

So they play the Brewers in the one game "win it and you're in it" Wild Card game. During the regular season the two teams met six times and the Brewers  bested the Nats 4-2. The Wild Card game would begin in a similar fashion. The Brewers scored a two run homer in the first adding another homer in the second to bring them quickly up 3-0. Bottom of the 3rd the Nats answer back with a solo homer by Trea Turner making it 3-1. The score would remain there 4 solid innings and on through the top of the 8th. 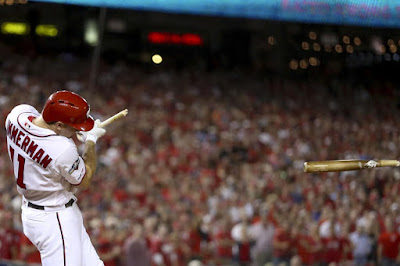 Then came the crazy bottom of the 8th. Center fielder Victor Robles strikes out swinging. Then comes in young pinch hitter Michael A. Taylor hitting for the pitcher Stephen Strasburg. Taylor gets hit by a pitch. Next batter Trea Turner strikes out swinging. One on and two out the face of the franchise Ryan Zimmerman pinch hits and gets a broken bat single, speedy Taylor reaches 3rd. Zimmerman is lifted for pinch runner Andrew Stephenson. Next batter Tony "Two Bags" Rendon draws a walk, Stephenson goes to second, bases are loaded. 20 year old Juan Soto comes to bat. On the count of 1-1 Soto hits a single. Taylor scores easily, Stephenson also scores, Rendon reaches 3rd. The Brewers fielder makes an error lets the ball get by him and boots it some, Rendon scores, Soto reaches second then gets caught in a rundown, Nats pull ahead 4-3. 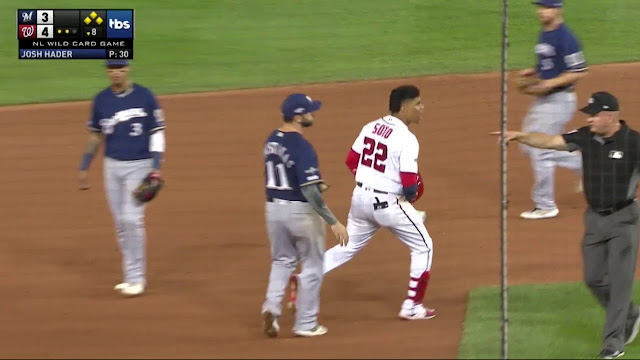 Top of the 9th Brewers strike out swinging, single, foul out, and line out to end game. Nats win 4-3 and advance to the NLDS to face the Los Angeles Dodgers. 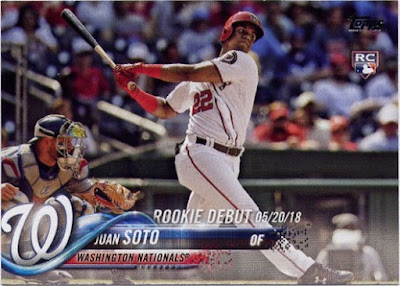