When Coach Was A Rookie 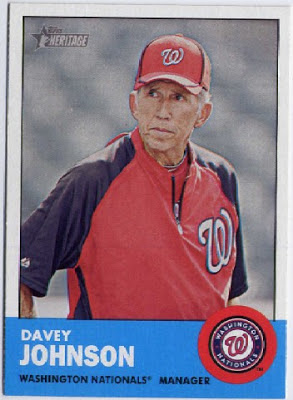 Well we all gotta start somewhere, managers don't appear out of thin air, well maybe the first few dozen when baseball was in its infancy. Most of them did some time in the trenches way back when. The Nats current skipper Davey Johnson began his major league career as a player starting with the Baltimore Orioles. He played from 1965-1978, then in 1984 began his managing career starting with the New York Mets. It has been announced that the 2013 season will be his last, he is the current oldest active manager at age 70, but not the oldest ever.

Anyway here is how he looked 47/48 years ago when he was a Rookie. 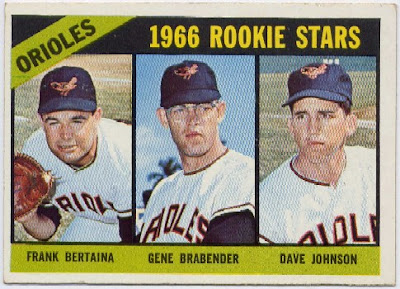 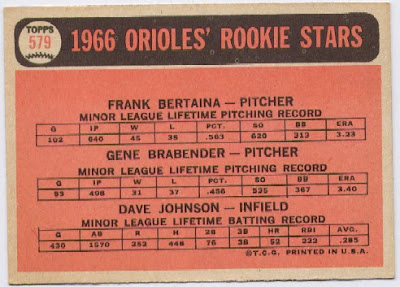 For those who like to hear about these things I got the card form Ebay for $7.99 + $1.95 shipping, actually this card has an interesting story of how I got it. First the Seller didn't mark it as shipped so I didn't know it was in the mail yet and wasn't sure when it would come. It came as part of a 3 package day (well 1 box, 1 package, 1 typical sportslot PWE but whatever) this came in a small 100ct card box. I didn't recognize the address and it felt real light so I knew it wasn't from one of my recent group breaks I was in (the package was some group break cards). Of course the box had tons of clear postal tape around it at first I tried just pulling it, but got a little tired and cut some of the tape away. I open the box, I really hate those small 100ct boxes because I think the opening should be on the wide side not the narrow side. Anyway there is a bunch of wadded up newspaper Sunday Comics actually and off to the left side one lone card in its penny sleeve. With a business card advertising some baseball related book from I guess the seller. 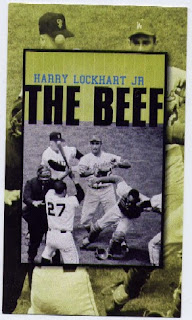 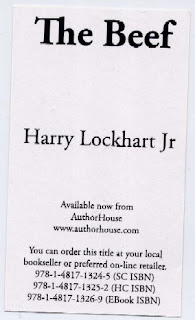 I am timing the publishing of this post to appear at noon eastern time on the day of the final game of the regular season, which is a late Sunday afternoon game in Arizona. At the time I write this the Nats are still under .500 by two games, 14 games behind Atlanta and about 8 games back in the wild card race. I'm just hoping they can finish the season at or slightly above .500. at 82-71 YAY a WINNING SEASON. They are about 8 games back of Atlanta and 5 back in the Wild Card for the second WC. They most likely will not be in the playoffs. And they didn't make the Playoffs thanks to their loss to St. Louis with 5 more games to go in the season. So much for pre-season expectations. At 84-73 (+5 more games to play) at least they have their second consecutive Winning Season.
Posted by CaptKirk42 at 12:00 PM 2 comments:

2005 Upper Deck Dual Signatures Reflections
I think the first card I'm showing in this post was one of the first "dual autograph/signature" cards I ever got, or maybe not. It may have even been the first time I got an "on-sticker" auto card. I don't recall. It was almost certainly one of the first Frank Howard autograph cards I ever got. Anyway at the time I got the first one a few years back the National player featured was one of my top five Nats players, since then there have been a few more players who have come and gone so my top five looks much different and probably has more current players on it.

So in 2005 one of the zillions of Upper Deck sets was called Reflections and an insert set consisted of dual autograph cards and some parallels of those dual auto cards. As with many autograph cards they are "on sticker" not on the card itself, I of course prefer the on card. Many of the pairs don't make sense to me anyway, but this pair is a pair of Washington Sluggers. Frank Howard and Nick Johnson. There are a few other combinations with both these players one is Frank with Dave Kingman of the Cubs and another combo is another Nats combo of Nick with Chad Cordero. I plan on getting those someday.

The base card of this pairing I think I might have actually gotten from a group break, I don't really recall. The second card the Blue Parallel I got from Ebay for a decent price $10 or less. I don't have the patience to look up how much I got if for exactly even though it was only earlier this year or maybe late last year. So without further adieu here are the two cards. 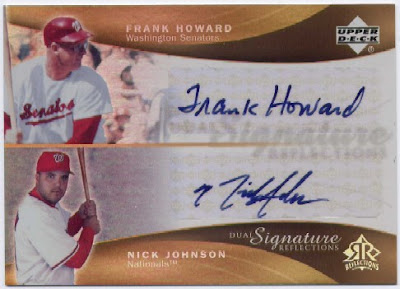 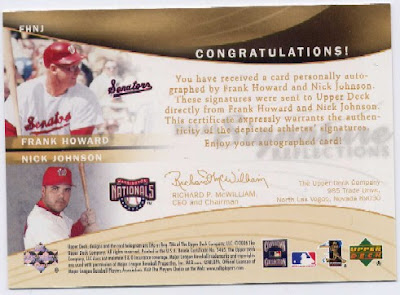 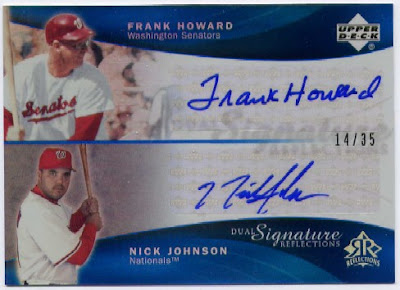 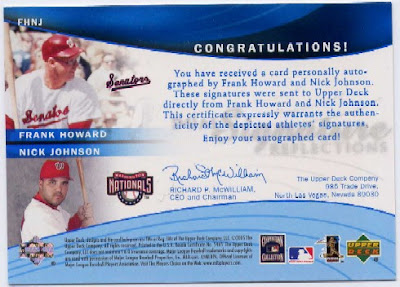