Some Guy Named Harper. NO some other guy named Harper

Guess what? It's the end of the month you know what that means? Not so fast. OK so I was going to do another quick and dirty Senators Singles post but while looking for potential candidates found an interesting card and then another of the same guy so long story longer. I vaguely remember having one or two of these cards of this guy named Brandon Harper who is no relation to Bryce Harper, even though this guy has a little brother named Bryce. Bryce's older brother is Bryan Harper. Brandon played only 18 games for the Nationals in the bigs in 2006.

OK according to TCDB Brandon has 15 cards with 8 of them being minor league cards. I might have his 2006 Upper Deck (update?) card from some team trade or sales package but I'm not sure about that. Any how the cards of his that I am sure I have I'm showing here. I have at least two of his first card I'm showing (the regular 1952 Edition). A few weeks back I had to do a quick apartment cleaning/hoarding sweep for the annual insurance inspection. I gathered my unorganized piles of card packages and boxes condensed them and stacked them differently than they had been so now the unorganized groupings are even more unorganized. Hey now I have some of my dining room floor space back. 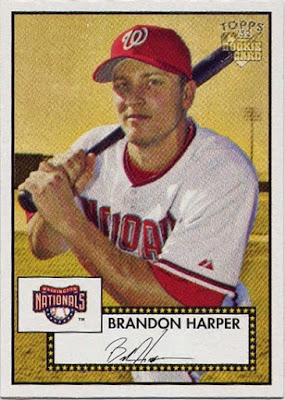 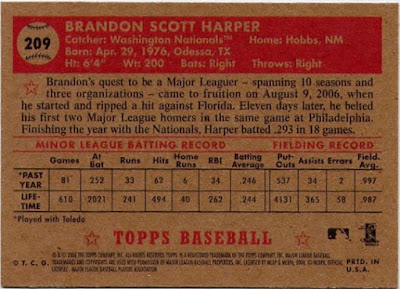 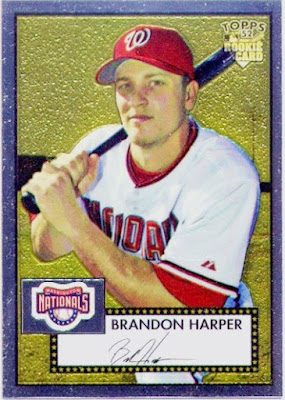 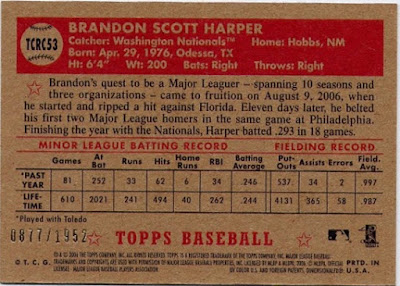 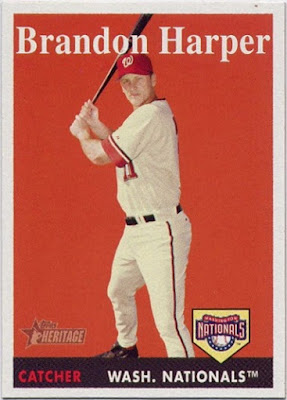 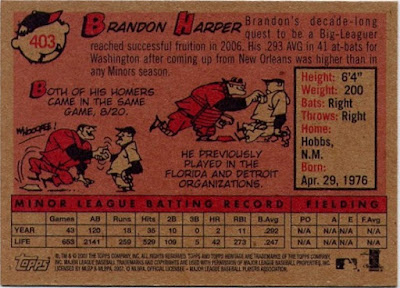