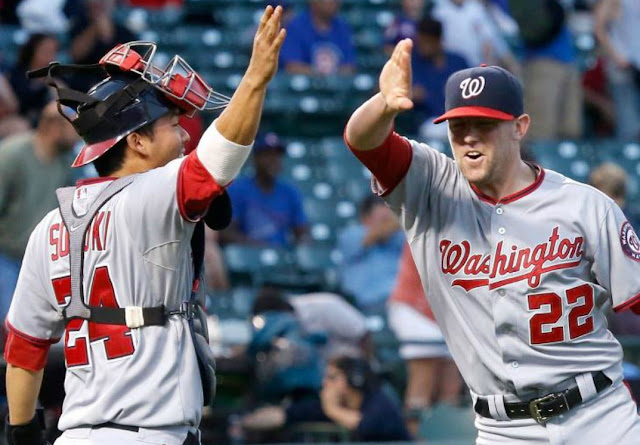 Thursday 22 August 2013: Chicago: Kurt Suzuki and Drew Storen celebrate 5-4 win vs Cubs after 13 innings in what would be Kurt's final game as a National.

Say What? The day after beating the Cubs 5-4 in a 13 inning game the last of a four game series that Nats took 3-1, The Nats Trade catcher Kurt Suzuki BACK to the Oakland Athletics, the team they got him from last year. I am shocked. Kurt helped the Nats with his hitting and excellent catching last year for their fantastic season that got them a small taste of what the Playoffs are like. I know that super Suzuki fan and blogger Fuji of The Chronicles of Fuji is overjoyed with the trade. The Nats get some minor league right handed pitcher I have NEVER heard of Dakota Bacus. The way he's been pitching lately I would rather that the Nats had traded their closer Rafael Soriano than Kurt. Soriano has been lazy of late, he seems to not really care about the game(s) at all. He has a tendency to loose a large lead blowing the save and often walking the winning runs. I am not pleased with this deal. 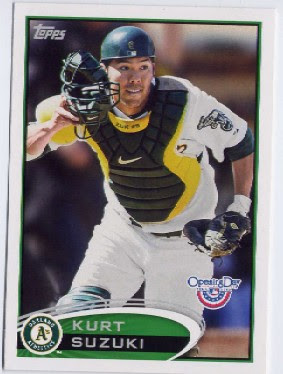 Friday 16 August 2013: Washington Nationals @ Atlanta Braves the game would end up a 3-2 win for Atlanta, however that is not what I'm ranting about here. This rant is about this: 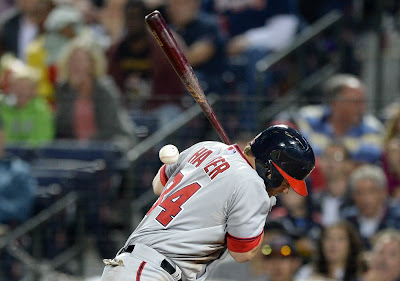 And This:  (OK I couldn't find the right type of picture I was looking for exactly) 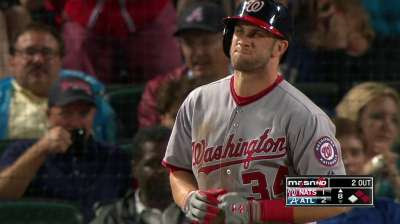 Yep Braves pitchers beaned Bryce Harper with a pitch twice in one game and with the second hit (at 91 mph) the fans in the stands CHEERED! YES That is right THEY CHEERED THAT A BATTER WAS HIT WITH THE BALL! Very CLASSLESS Braves fans. I just wish the Nats had bounced back and beaten the tar out of the Braves. OH Well Next Year, without any hijinks.

Now it is one thing to boo an opposing player as he steps up to bat, as the fans did each time Harper took the plate, but to CHEER his getting hit with the ball? What if it had been a freak pitch that knocked his helmet off, or smashed it, and gave him a concussion or killed him? Fans should NEVER cheer when an athlete is injured. Braves fans you are sick, sick, sick, SICK, I hope your team loses whatever playoff games they get to this year.

I noticed that a Red Sox pitcher got ejected from a game and suspended for five games for beaning Yankees Alex Rodriguez with a pitch. Oh and on Saturday's Nats-Braves game (the night after this Hit Harper Game) Stephen Strasburg gets ejected for pitching "behind" a batter, not even hitting him, and these Braves pitchers got NO punishment? Come on MAN the second pitcher should have at least been ejected on the spot, but no this year the Braves are the MLB's perfect little darlings. 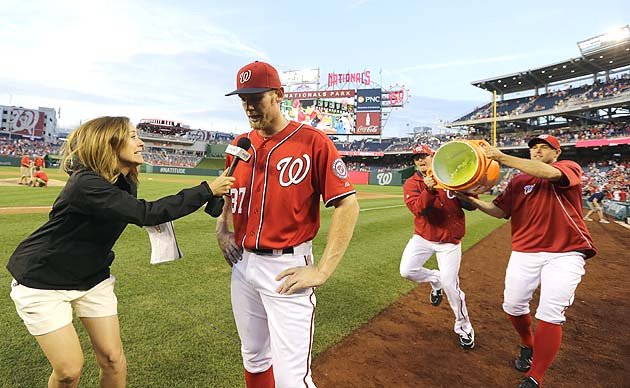 I know this is a few days almost a week late, but it is Nats News. On Sunday 11 August 2013 in the final game of a three game home series vs. The Phillies, Nats ace starting pitcher Stephen Strasburg went the distance to win his first career complete shut out game 6-0. The Nats swept the Phillies, only their fifth sweep of the season, the last being in early July vs. The Padres. 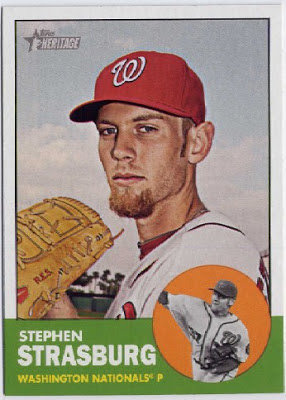 Congrats Stephen! I won't give the game details since I didn't see the entire game and this blog is more about cards not team news, but I do have some links at the end of this post to articles on the game (plus one article on Stras in general). 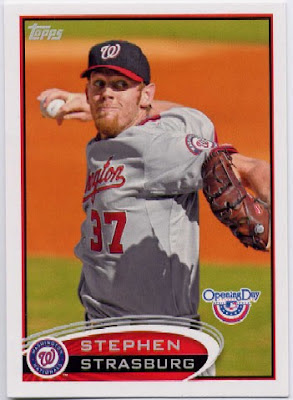 Nationals Mentioned In This Post:
Stephen Strasburg
Posted by CaptKirk42 at 12:00 PM No comments:

CLASSIC COUNTERPARTS
OK so I missed last week and this week is only a one card Frankly Friday. Not much to tell about how I got the card, it came from Ebay (Buy It Now I think not auction) $1.30 plus $2.99 shipping. I forget what it was delivered in I didn't note that in my Forums blogs (where I try to keep up with my maildays). This card is one of those two players from different teams type of card. The common thread for this one, besides sort of being local area rivals would be both players were sluggers who lead their teams in Home Runs and RBIs and were regular All-Stars for about 4 straight years. The Duo featured on the card Frank Howard and Boog Powell (Orioles). 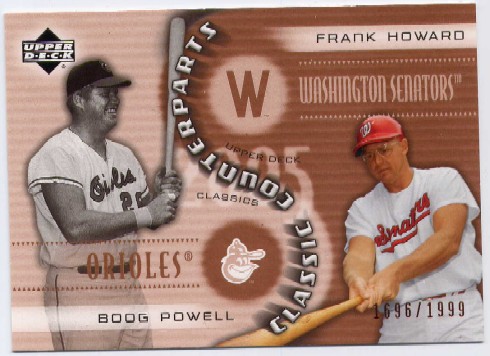 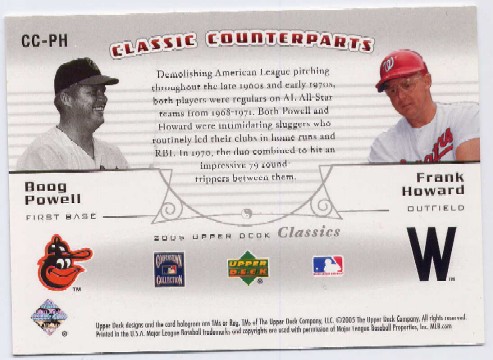 The lines on the front are not a weird scanner glitch the design of the card I think was going for a wood grain effect sort of. The areas where the team logos are on the front are where the "materials" version of these cards puts the silly "Game Used" jerseys or socks or whatever, apparently there are also signatures versions.
Posted by CaptKirk42 at 12:00 PM No comments: 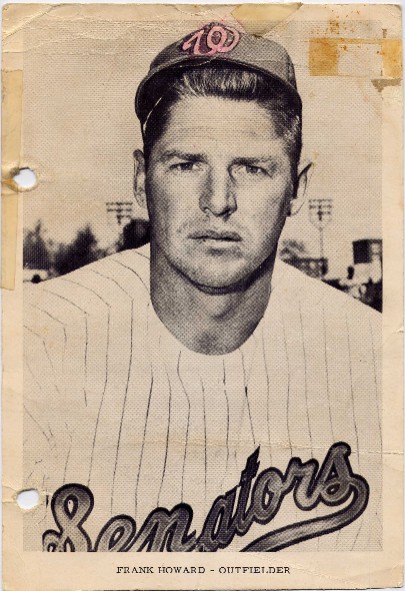 Hey! It's 08 August and born on this date in 1936 is #33 Your Washington Senator Frank "Hondo" Howard Outfielder/1st Baseman.*

Man I really need to find an upgraded copy of that promo photo. I think it is my fave piece of Hondo Memorabilia that I have. I probably should try to get it signed.

*Thanks goes out to blogger Contrary Guy it was on his blog that I saw it was Frank's Birthday.
Posted by CaptKirk42 at 10:24 AM No comments: