Joy Of A Complete Team Set:

I got this set from Ebay a month or so back for just a little over 9 bucks (five cents technically) shipping included in the total. I was so excited because it was a “full team set”. Well this set is the 2007 Bowman Draft Picks & Prospects Full Washington Nationals Team set. I forgot that Bowman separates the sets into 3 or 4 min-sets. I was a little disappointed because it was just Rookies and Prospects no Vets 8 cards total, I was thinking it was the regular Bowman set. Well the regular Bowman set for 2007 only has 3 players/cards. I have the regular versions of them (I think) but this is the Gold Parallel Rookies Set that I got. I don’t think I have any gold parallels of the veteran players (Ryan Zimmerman, Austin Kearns and Nick Johnson), I may have all of them in the regular issue but not the Gold parallel. OH well. Anyway here are the Rookies and Prospects: 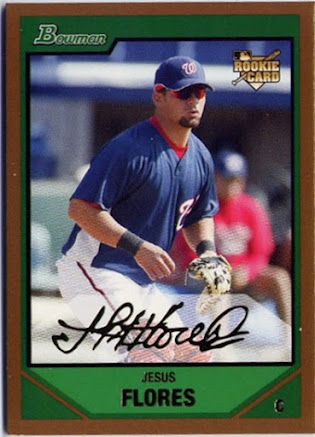 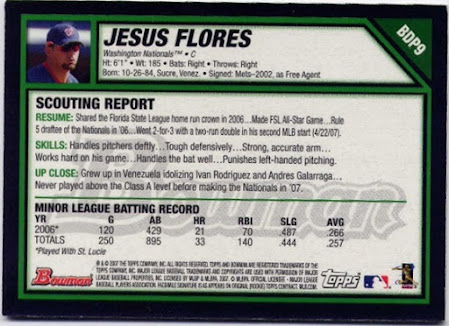 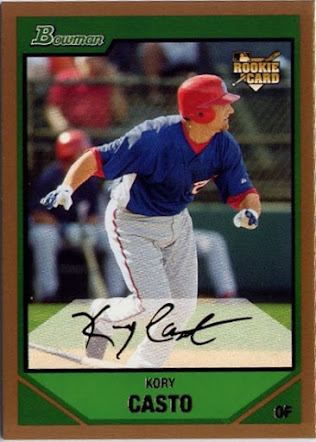 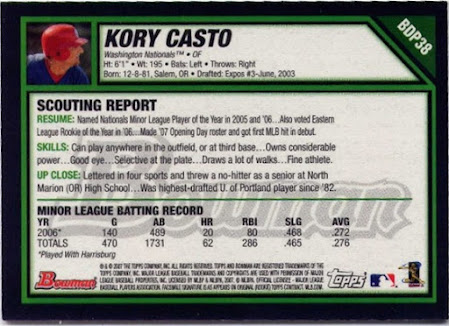 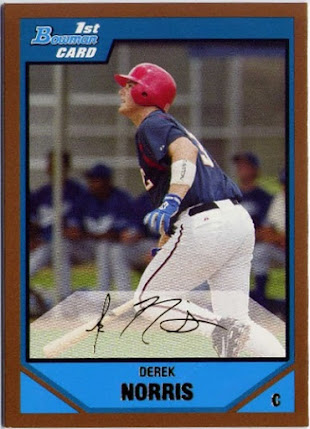 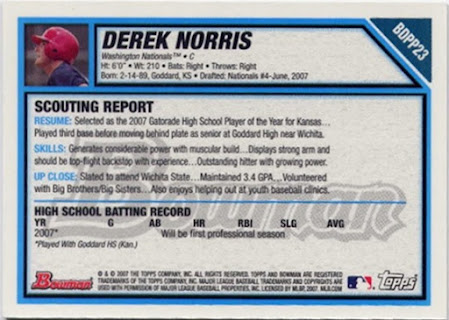 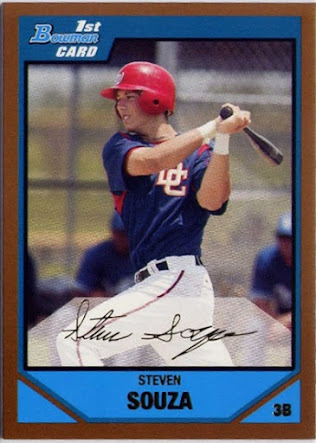 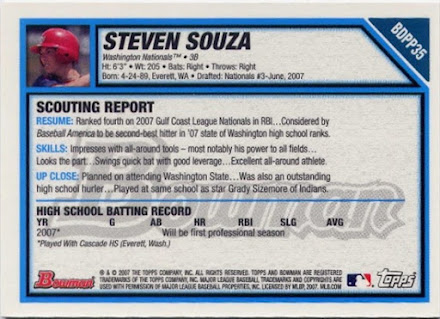 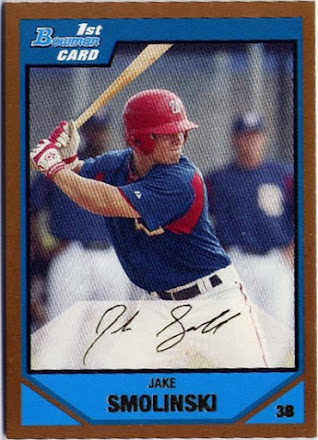 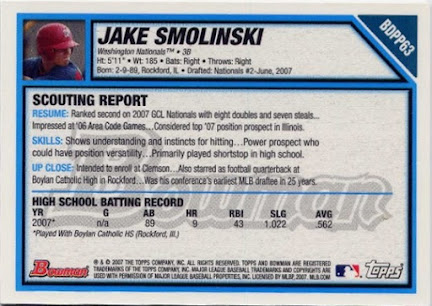 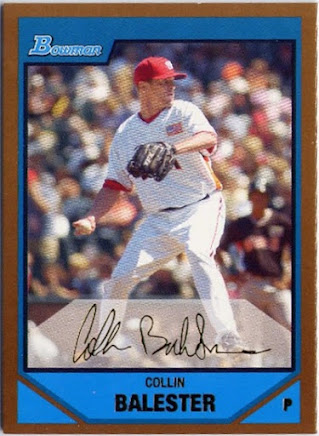 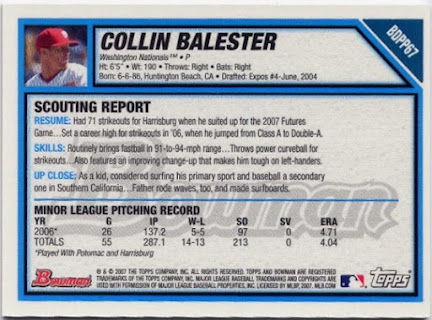 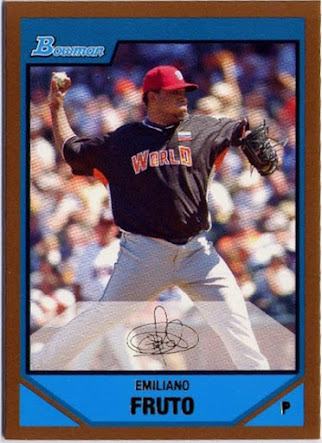 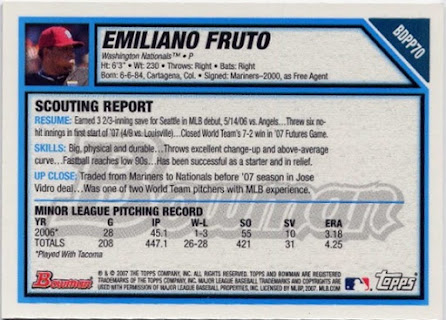 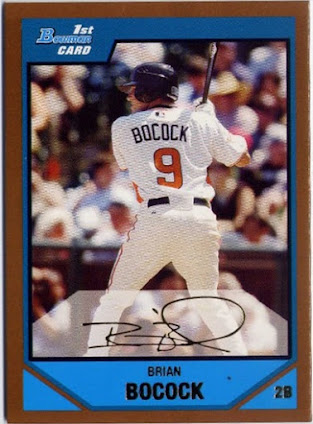 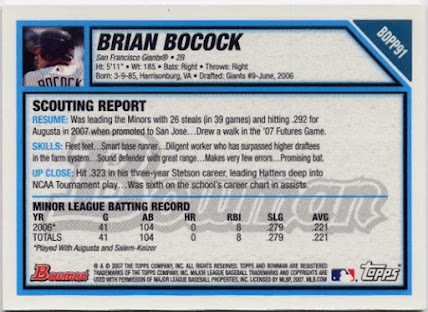 So yeah there are the youngins from the 2007 Bowman Draft Picks & Prospects Gold Parallel Washington Nationals Team Set. Now I need to locate the regular Gold Parallels of the veterans; Zimmerman, Kearns & Johnson for the true complete TEAM Set.

*Due to the new formatting of Blogger scans in future posts might be delayed since I have to use a completely new process to get the images from my ancient laptop to my work laptop to be able to add images or to find another way to get the images up on the web to access from work 'putter.