The Nats are going back to the playoffs!

On Saturday 24 September 2016 The Washington Nationals notched their 90 win of the season by beating the Pittsburgh Pirates. They were not quite in the playoffs yet, their magic number was down to 1, but only for about a half-hour. The 2nd place team the New York Mets last year's NL East Division Champs were still playing their game with the Philadelphia Phillies. The Mets were behind but were rallying for a comeback. They didn't succeed and so the Nationals celebrated their Division Championship Clinch, in the visitors locker room at PNC Park in Pittsburgh. 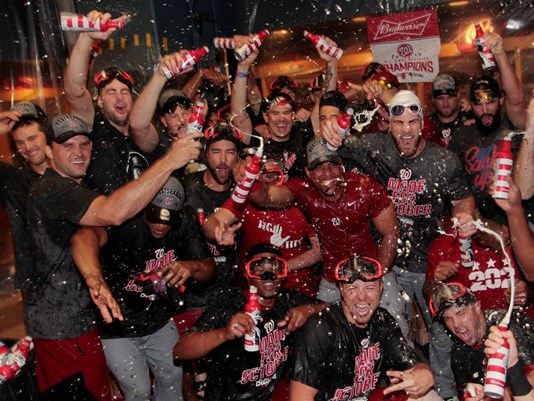 Hard to believe someone got them to stand still long enough for a group photo. 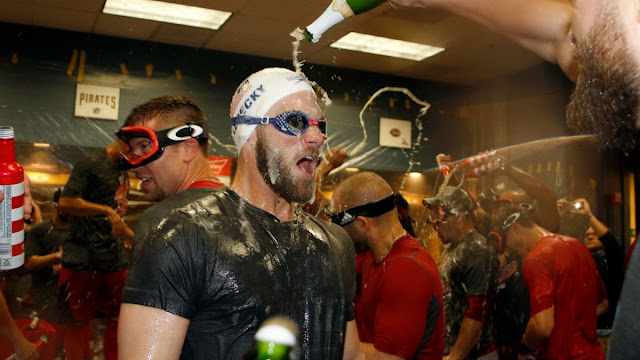 One again Bryce Harper wears interesting headgear for the celebrating. This year it was a Katie Ledecky USA Olympics Swim cap. 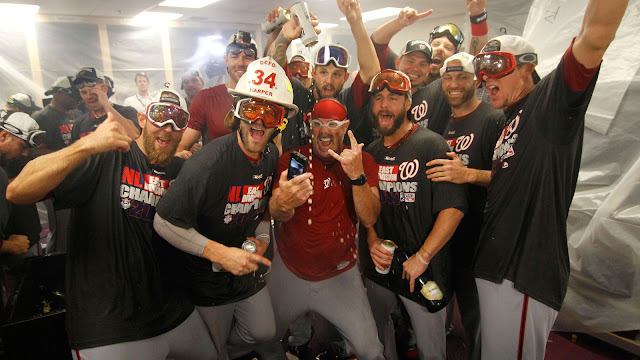 Sort of a repeat of the 2014 Division Clinch in Atlanta. 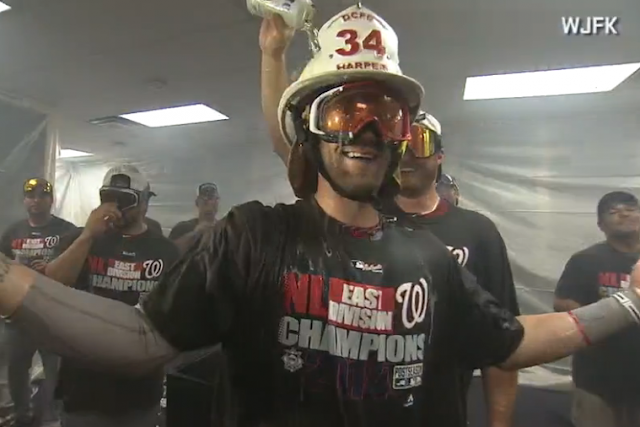 Harper's Headgear of choice was a Fire Fighter's Helmet. 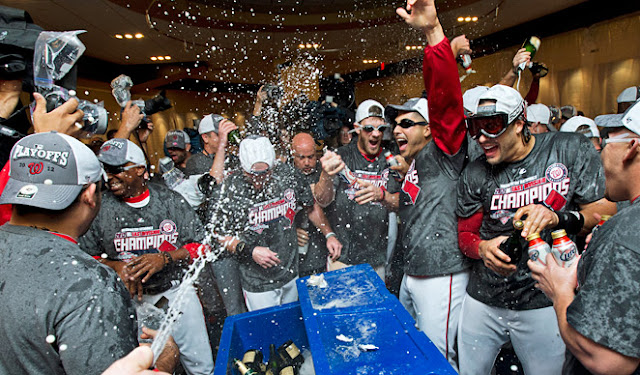 The 2012 Celebration started an odd even year tradition in the Nation's Capital. Harper went with the standard backwards commemorative "Playoffs" hat like the rest of the team. He hadn't started his unique stylized trend yet.

When they won the division in 2012 it was the first time since 1933 a Washington Baseball team had been to the playoffs. The Nationals have won the NL East Division three times in the last five years.That is a mighty impressive achievement, although what makes it even more impressive is that they have done it with three different skippers at the helm. Davey Johnson, Matt Williams and Dusty Baker. Both Johnson and Williams won NL Manager of the Year the year they took the Nats into the Playoffs.

2012 the salty dog Davey Johnson led the Nats to the stromy NLDS seas: 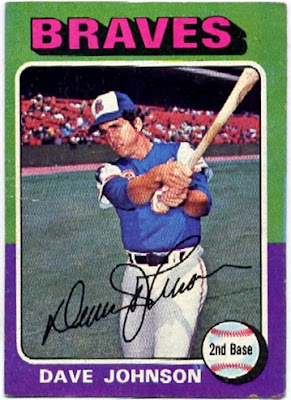 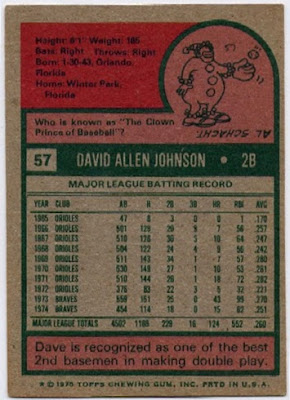 2014 saw the good ship Nationals sail into the rough seas of the playoffs with Matt Williams: 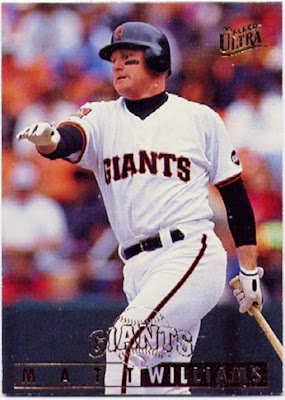 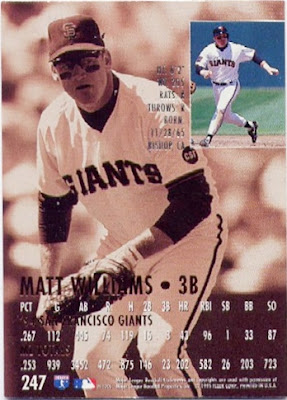 This year 2016 the Captain at the helm is Dusty Baker: 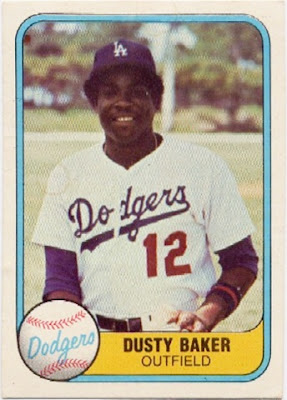 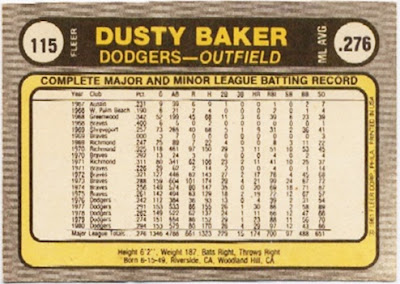 This year even though they have the division they seem to have spun around and are backing into the playoffs. NOT GOOD. At least the other two times they seemed to be going forward into the post season.