I should do this feature more often. I have considered a few times to try to do a daily single card posting thing with this feature along the lines of the blog Orioles Card "O" the Day (he only shows the card front), but I don't have the blogging stamina or the motivation to do it, even just the front. I think it would be fun to do though. Of course 99% of it would have to be planned well in advance and the posts drafted up and placed in the scheduled posting queue. I certainly have more than enough cards to post about. Some of the posts would appear to be "quick and dirty" posts since some of my cards I have no real back story for. I just collected them because I needed them for the collection. If I did do it I might have to yet again make a new blog, divide this blog in two or double post. UGH I already have 3 blogs to keep track of and organize. That is at least 2 blogs too many. OK so no new additional blog, just expand the scope of this blog to include more frequent single card posts. Since I really don't feel like taking the effort to post daily I'll settle on trying to post single card posts more often. Heck I need to just post more often. I will also try to make them all interesting.

Ah found a card that had been sitting in my pictures/baseball cards folder on my ancient XP laptop. From the looks of the scan it was also saved before I started using PhotoScape to finish up my scanned images a year or two ago. I don't think I've talked about this card anywhere. 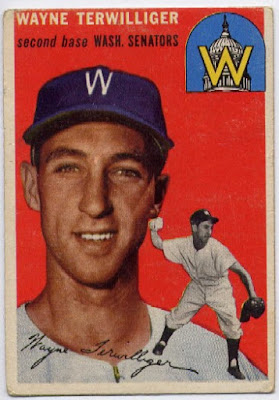 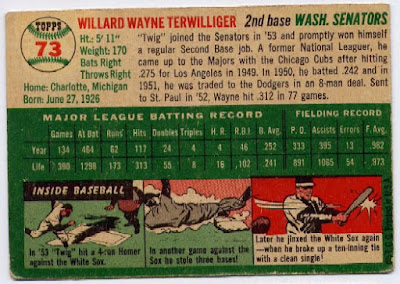