January crunch time. I still have my 2019 World Series post to work on. Maybe it will be ready for February, maybe not. Anyway this team set is a true team set not just the team subset from the Flagship base set. This set I'm featuring is the 2018 Topps Washington Nationals Team Set. The set consists of 17 cards. Instead of just numbers (1-17) the set numbers are WN-xx. (WN-1 to WN-17) 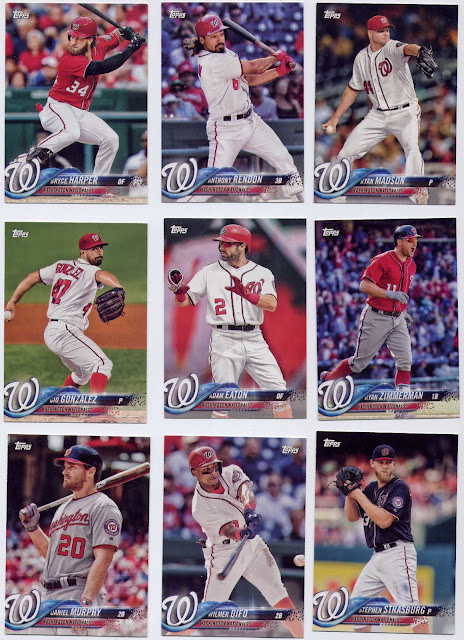 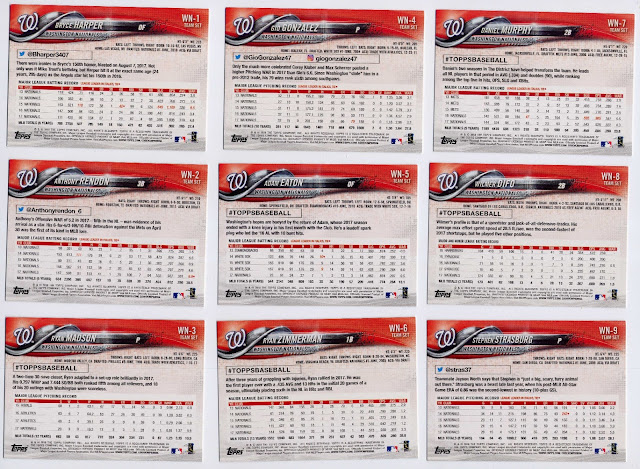 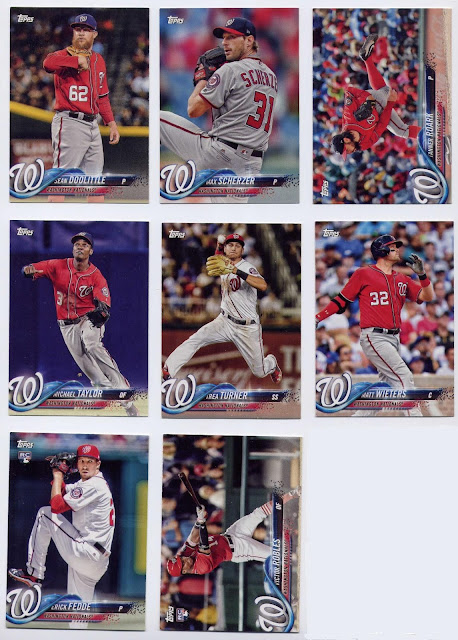 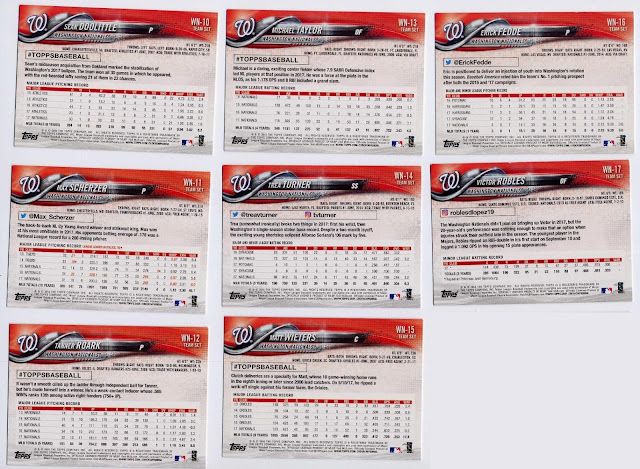 OH I was going to mention that one of my friends gave me this set. Sometime late summer early fall last year. It may have even been as late as during the Nationals Post Season Run to The World Series. I think somewhere I may have had one or two cards from this team set from previous sources, but maybe not.
Posted by CaptKirk42 at 12:00 PM No comments: