Welcome to CoopersTown Pudge (and Rock)

With the announcement of the 2017 Hall of Fame Class The Natxpos Franchise has two count them TWO players accepted to Cooperstown. Expos Tim "Rock" Raines (Non-DC Years) and Nats Ivan "Pudge" Rodriguez (going as a Ranger aka: Senators 2.0). Raines got in on his 10th and final ballot and Ivan got in on his first ballot. Oh and there was also some guy named Bagwell but since he has no DC connection I won't mention him or show a card of his, sorry fans he doesn't fit the scope of this blog. There was another Expo who was under consideration but didn't make it this year Vladimir Guerrero missed out on the first timer train. Maybe Vlad will get in next year. 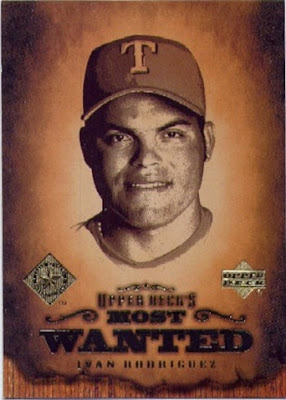 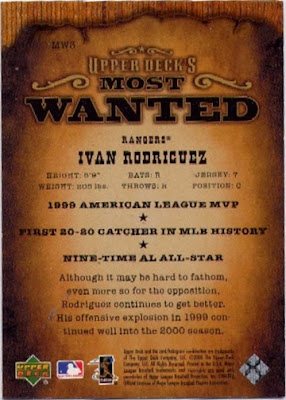 For this next card I played with the adjustments on the scan for the front of the card to try to make Pudge's name easier to read. I wasn't satisfied with the result it looks too grainy. This is actually the second scan of the card as the first one had a hair or thread across the lower left of the card and I couldn't have that. 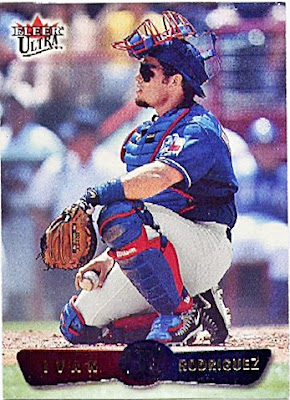 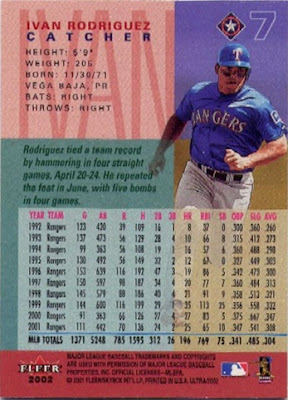 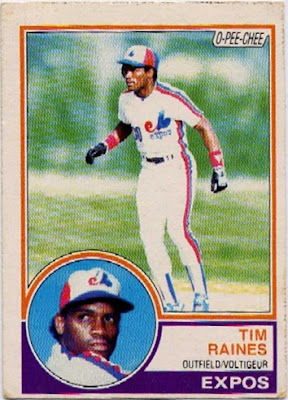 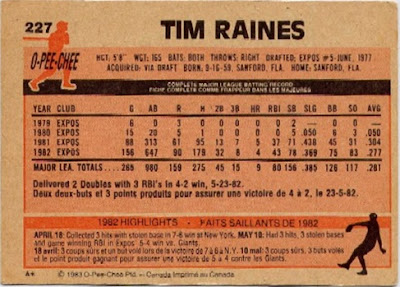 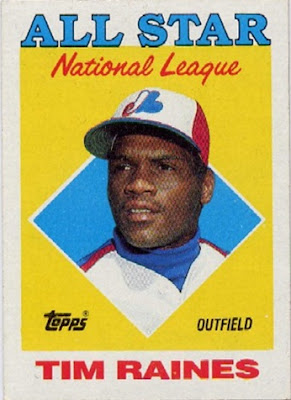 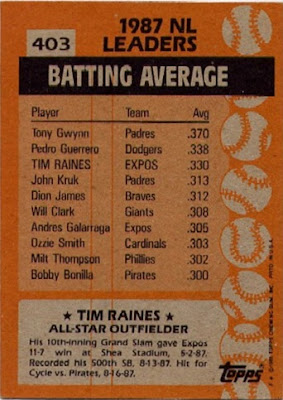