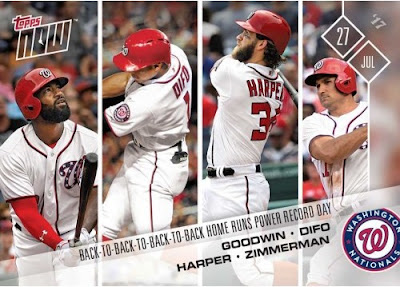 What a Win what an accomplishment. On Thursday's 27 July 2017 home game vs the Milwaukee Brewers the Nats tied an MLB record which is also a team/franchise record. They smashed 4 back-to-back Homers, which technically is Back-to-Back-to-Back-to-Back. Making them the 8th team to have 4 consecutive HRs in an inning. Plus two batters later another Homer making it 5 HRs in one inning for a team record.

It all happened in the 3rd inning and all against Michael Blazek on his starting debut. Poor guy good thing it wasn't his Major League debut that was in Jun 2013 for the Cardinals. Having had some relief work under his belt he wasn't a totally newbie.

The Nats were leading 2-0 when starting pitcher Max Scherzer leads off the bottom half of the 3rd with a walk. 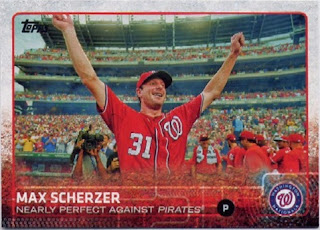 On 1-0 count Brian Goodwin knocks in a two run homer bringing in max to make it 4-0. 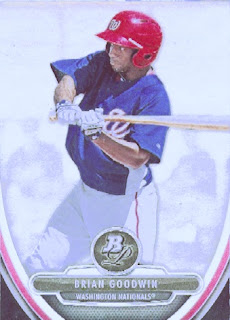 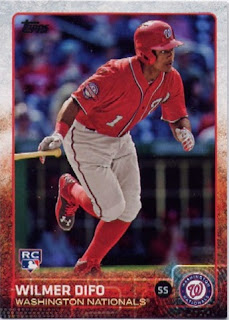 he is followed by Bryce Harper on a full count it is now 6-0. 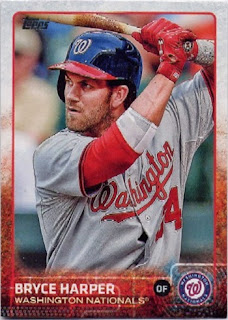 The Nats current Home Run King Ryan Zimmerman joins the back-to-back club on his first pitch to make it 7-0. 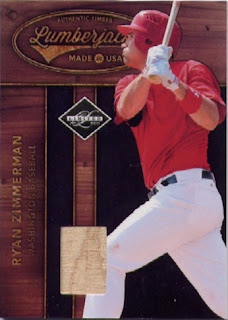 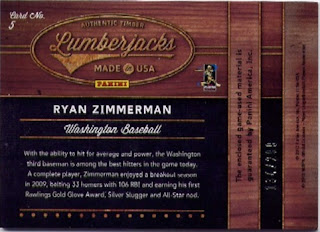 Then Daniel Murphy... flies out ending the streaking homers to some light hearted booing from the home crowd. 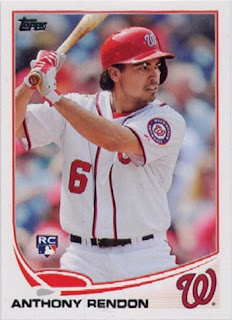 Next batter Anthony Rendon launches a Homer on the 0-1 pitch and it is 8-0.

They went on to score a few more Homers breaking a team record of 8 HRs in a game. They won the game 15-2. 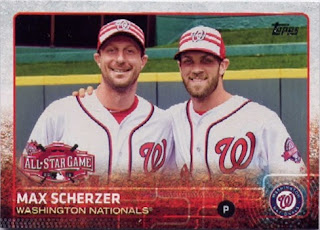 Oh and it was Max Scherzer's Birthday what a way to celebrate your 31st year.

The Topps Now card that I showed at the top of this post I didn't think about until checking Ebay on a previous Topps Now Card (one I have talked about before and mentioned below) I found the 4 consecutive HRs card for sale on Ebay for $5.99 free shipping. The seller (toppsnow) I think started with 10 available and I noticed 6 had sold within 24 hours so I thought I should grab it before it was gone at that price. The downside is I have to wait til they actually get the card from Topps. The small print says they buy the things during the initial Topps Now 24 hours. The cards usually arrive at the seller 2 weeks later and they ship the cards out the day they receive. So I won't see that card for a while. Ebay's estimated delivery says it ships from Sept 12 to 25. I ordered another Topps Now card from them Ryan Zimmerman's 235th career HR Franchise Record. Plus my shopping spree from two other sellers gets me the Trea Turner Cycle card (#83 the other card ODB-2 a seller has listed for $99 WTH?) and a Bryce Harper Solo homer and Grand Slam 4for4 card. Those two are expected at a quicker speed between 04 Aug and 09 Aug. Yeah yeah I know I've said horrible things about Topps Now mostly the digital online only ones. They often look very nice and the subjects will probably not get put on a card anyplace else, or at least not for sometime. I just have to be careful and make sure I'm getting a PHYSICAL copy, not a digital version.