We Shouldn't Be Here. Should We? NLCS EDITION 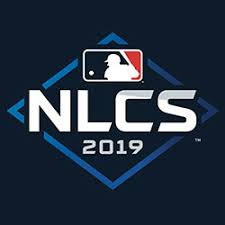 WOW! We shouldn't be here. Should we?
NLCS EDITION
Friday 11 October to Tuesday 15 October 2019

Sneaking into the playoffs the Nationals beat the Milwaukee Brewers in the NL Wild Card game and went on to beat the 106 game winning Los Angeles Dodgers in the NLDS. To be painfully honest, the Nationals should NOT be in the position they wound up in. They started off the 2019 season dismally in what looked like it was going to be another sub par season. After 50 games and some early injuries always the injuries at inopportune times, they were a measly 19-31. Hardly a team that could make it to the playoffs. Then...

The Nats beat the Brewers in the Wild Card game 4-3 in a very unorthodox way with a Juan Soto bases clearing single with the help of a fielding error. They then beat the Los Angeles Dodgers in the best of 5 NLDS 3-2. Game 5 was saved by a Howie Kendrick Grand Slam in the top of the 10th inning. Now they face the St. Louis Cardinals in the NLCS, who beat the NL East Leading Atlanta Braves 3-2 in their NLDS (the 2 and 3 seeds). The Cardinals were 91-71 in the 2019 season 2 games worse than the Nats but in 7 regular season games they bested the Nats 5-2. Again the Nats are up against a team that had beat them not just in the regular season but in previous postseasons. The Cardinals stole the 2012 NLDS away from the Nats in a comeback game 5. The Cardinals had been down by 6 runs. In the 9th several times the Cardinals were down to their last strike and managed to gain a base, then tied it up and ended up winning 9-7.

Game 1: Friday 11 October 2019: Miles Mikolas vs Anibal Sanchez
Game one started off a bit slow, top of the first the Nats struck out swinging with a lone single by Anthony Rendon. The Cardinals strike out swinging, ground out and fly out during their half of the inning. Second Inning the Nats get things going. Howie Kendrick starts the inning off with a double, Ryan Zimmerman grounds out, Michael Taylor strikes out, Yan Gomes doubles Kendrick scores Nats on top 1-0. Anibal Sanchez grounds out. Then things settle down for a few innings. Top of 7th: Trea Turner lines out, Adam Eaton triples, Rendon intentionally walked. Two men on base. Pitching change Andrew Miller on mound Juan Soto strikes out swinging. Cardinals change pitchers again to John Brebbia, Kendrick singles Eaton scores Rendon to second. Score now 2-0 Nationals. Zimmerman walks bases are loaded. Taylor flies out. Bottom of the 8th pinch-hitter Jose Martinez gets the Cardinals their first and only hit of the game. Anibal Sanchez went 7.2 hit-less innings, Sean Doolittle came in and finished the game. Nationals win 2-0.

Game 2: Saturday 12 October 2019: Adam Wainwright vs Max Scherzer
Game 2 an amazing Pitching match-up Adam Wianwright vs Max Scherzer. The scoring wouldn't get started until the top of the 3rd Michael A.Taylor hits a lead off homer to put the Nats on top 1-0. The game settled down to basically a pitching duel. The Nats got a couple of hits in the 5th and 6th innings but no runs. The Cardinals got their first hit bottom 7th. Then during the 8th some more action happens. With one out and men on 1st and 2nd  Adam Eaton doubles scoring Matt Adams and Trea Turner Score 3-0 Nationals.Bottom 8th Sean Doolittle comes in to pitch. Cardinals have 2 outs and a runner on first Jose Martinez hits a double scoring is Paul Delong. Score is 3-1 Nationals. Fort the 9th both teams change pitchers and get a 1,2,3 inning. Nationals win 3-1 Wow Nationals take the first two games of the series on the road. 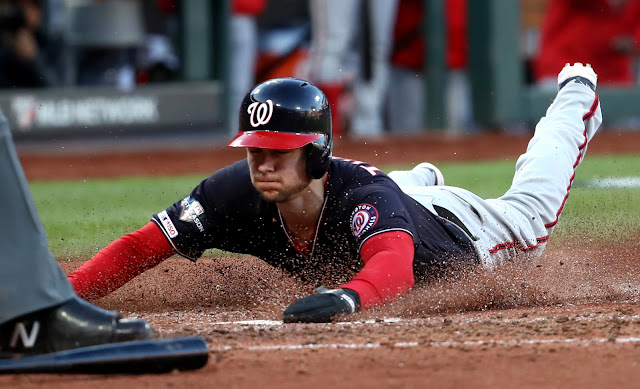 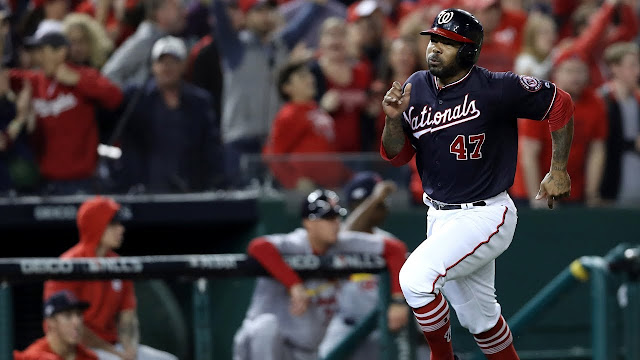 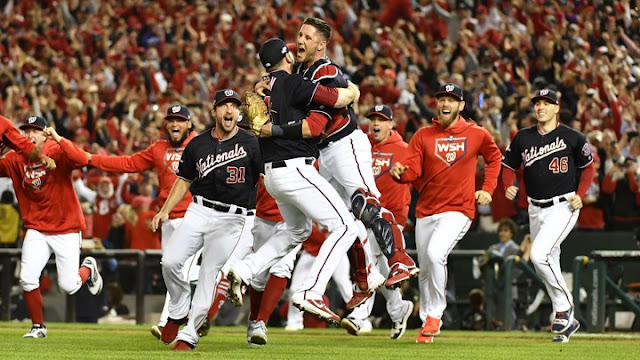 The NATIONALS WIN THE NLCS! 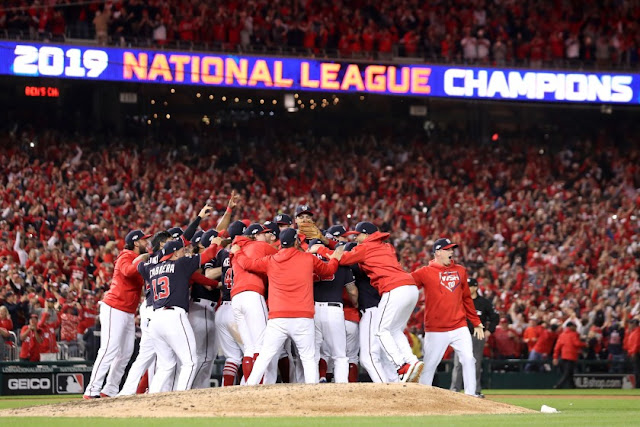 We are the NATIONAL LEAGUE CHAMPIONS! Nationals WIN FIRST NL PENNANT in team and franchise history! The last time a DC baseball team won a Pennant was 1933 Senators in the American League. They lost the World Series though to the New York Giants. 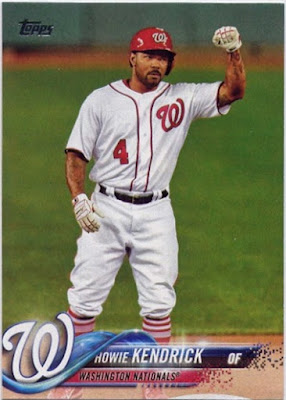 So it is on to THE WORLD SERIES. Next Opponent Houston Astros.
Posted by CaptKirk42 at 12:00 PM No comments: