Why SI Why Oh Why?

NOTE: This post may or may not contain any card images. 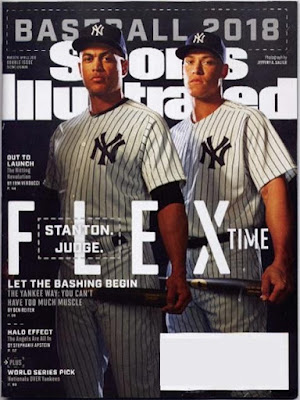 As the 2018 MLB Season is about to begin* Sports Illustrated got out it's crystal ball and made their annual prediction for this season's World Series. 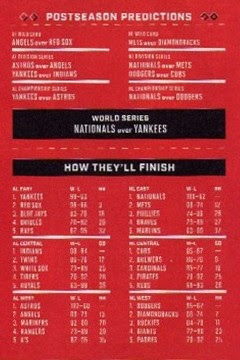 Who did they pick? I'll give you three guesses and the first two don't count because I'm writing this post about the silly thing. Yep they picked the Nationals to win it all over those Damned Yankees. Oh and they also predict the Nats will go 100 - 62 this season.

Now just last year (2017) SI was very wrong with their pick of the Dodgers over the Indians as the actual result was of course the Astros over the Dodgers. Strangely enough though SI had a correct prediction back in June 2014 when their cover sported Astro George Springer and predicted The Astros to Win the World Series in 2017. Hmm I wonder why they had randomly picked three years in the future? However as I said they then in 2017 actually picked the Dodgers over the Indians. The 2014 Astros prediction was just an off-the-cuff statement as it related to the team rebuilding scope of that article. 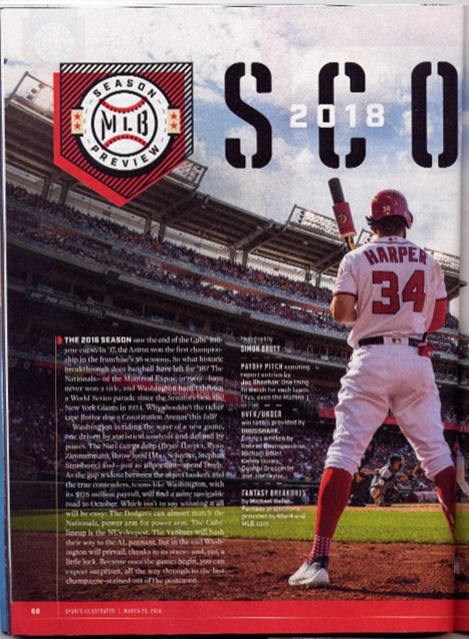 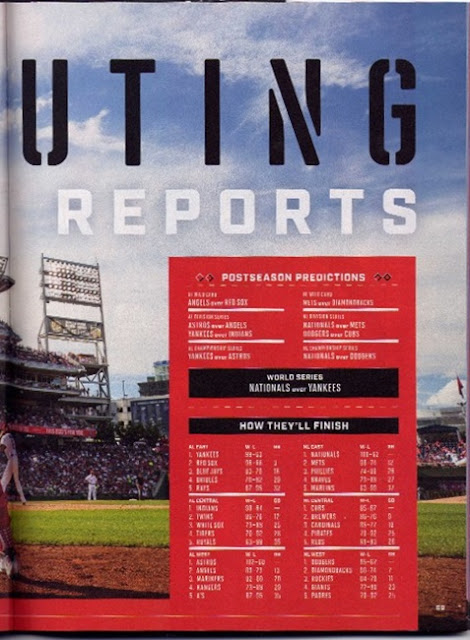 The Nats fan in me wants a World Series win sometime soon preferably sooner than later and preferably several times over in my lifetime (which is at least half over and getting shorter all the time). The last time a DC baseball team won the World Series was 1924 with the Original Senators and their last appearance was in 1933 the same franchise that would become the Twins. That is two teams/franchises ago with a 33 year gap between the current team and the previous one. This, however is not the first time that SI has predicted the Nats to Win or at least go to The WS. Their first wrong ProgNATStication (play on the word "prognostication") was in 2013 when they picked my beloved Nats to win the whole enchilada over The Tampa Bay Rays the actual series was The Red Sox over the Cardinals (a rematch of the 2004 WS). The next year 2014 the magazine picked the Nats over the A's reality said it was Giants over Royals. Then the very next year 2015 they picked the Nats to go to the Series but picked the Indians over them the real result was Royals over Mets. 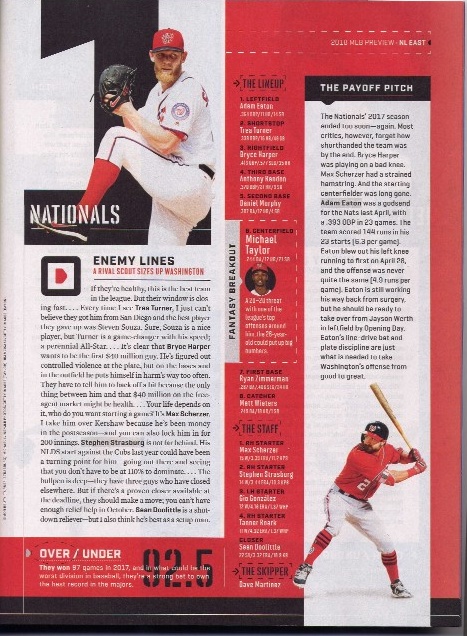 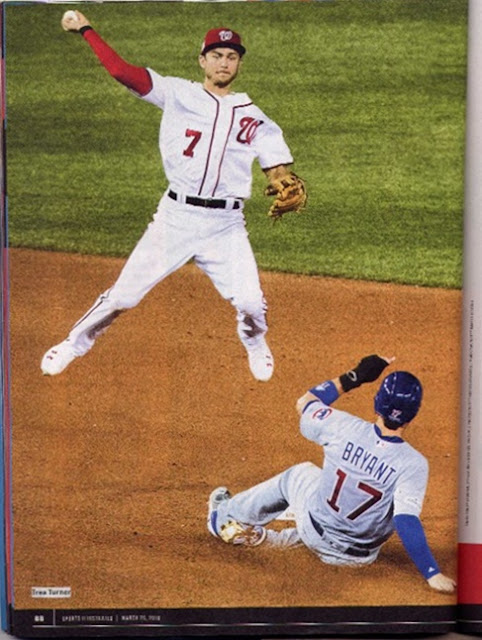 All images in this post are from the March 26 - April 2, 2018 issue of Sports Illustrated

*The 2018 season has started. This post was originally drafted only a few days to maybe a week before the season began and is being published sometime in the afternoon of Saturday 31 March 2018 to barely make my personal posting quota of one post a month for each of my blogs.
Posted by CaptKirk42 at 1:00 PM No comments: