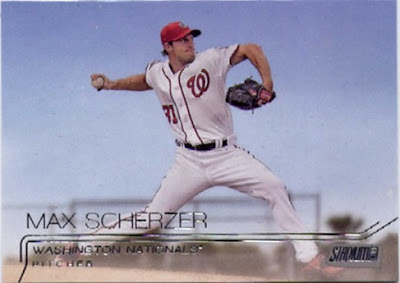 Well there were a few Nats up for some of the big end of the year awards. 2nd Baseman Daniel Murphy was up for NL MVP but came in second. He did, However, pick up a Silver Slugger award (his first) and the Player's Choice "Outstanding Player" Award. Catcher Wilson Ramos also got a Silver Slugger award a surprise first. Rookie Outfielder Trea Turner was up for the "Rookie of the Year" (ROY) but came in second and Skipper Dusty Baker was up for the "Manager of the Year" (MOY) but came in 3rd. UGH. Golden Boy Pitcher Max Scherzer came through with the NL Cy Young Award his second he won his first back in 2013 while with the Tigers. He is the 6th player to win it from both Leagues.

Here are some cards to look at starting with the back of the 2015 Stadium Club Max Scherzer card that is featured at the top of this short post. 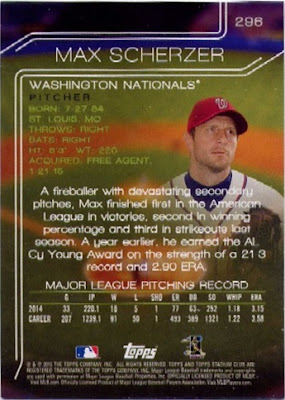 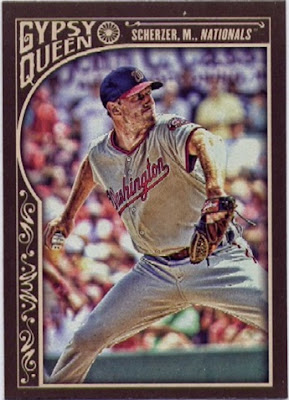 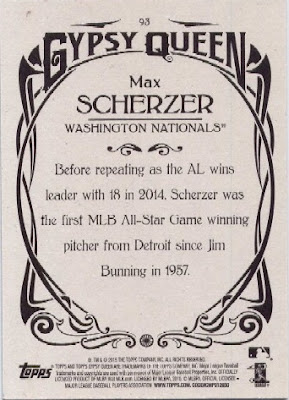 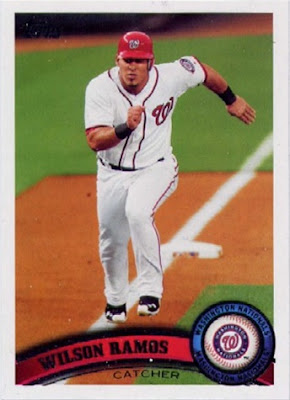 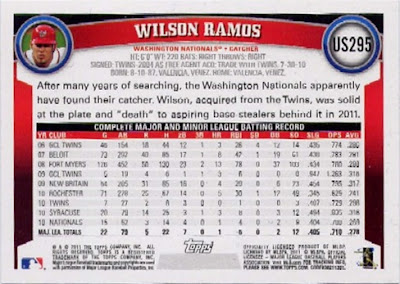 I don't recall the exact location of any of my Daniel Murphy cards so I didn't get a chance to scan any. I also didn't scan any Dusty Baker cards. I don't recall if I've gotten one of him as the Nats Skipper yet. Anyway the last card I'll show is the almost ROY Trea Turner. Here is his 2016 Gypsy Queen card. 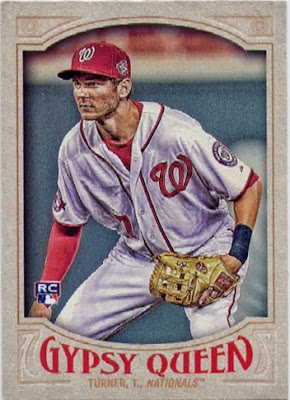 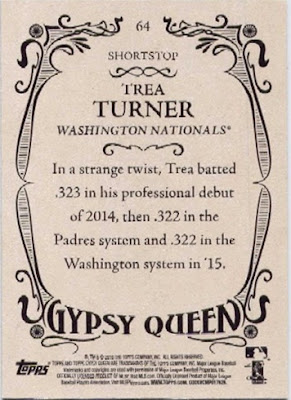 Congrats Nats for the nominations and the actual wins. I was really hoping for Trea to get the ROY. Oh well he came in 2nd like Ryan Zimmerman did 10 years ago.
Posted by CaptKirk42 at 12:00 PM No comments: