OK so last post (Frankly Friday: Brightening A Rainbow) I mentioned that I had gotten another card with it for $7.99 and I would show the card sometime later. Well it's Later!

I got this card for several reasons, obviously because of the team and it should be obvious because of the player. I'll mention another reason or two after showing it: 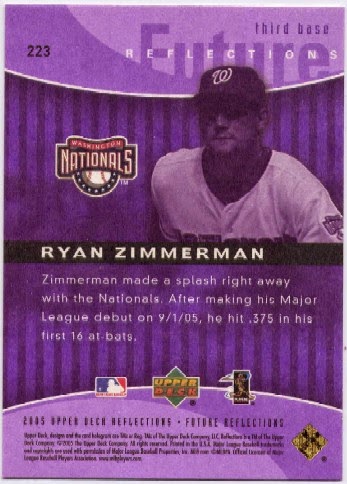 Ain't this a sweet looking card? First believe me that the front is the same purple color as on the back. The scan makes it look blue I think it may be a combination of my scanner settings and just the way these flashy shinny chromie cards naturally scan. Now the other reasons I got this card I thought it was real cool. It is serial numbered, although I wish the number was more meaningful to me. 67 isn't much of a meaningful number to me. Also check out Ryan's jersey number. Yep it's 25 his Rookie Year Jersey number. After his rookie season Ryan took number 11.
Posted by CaptKirk42 at 12:00 PM No comments:

Huh? I thought I only needed the Auto for this rainbow since I wasn't going for any of the relics, well maybe if there is a bat relic...any who I found this for a real good price on da Bay and couldn't resist for the obvious reasons: It's Hondo, I've got a taste of the Rainbow, Its a cool card and its serial numbered. So there you have it. I got it from Ebay along with another Curly W Card. Shipping was $4.50 for the pair this was the cheaper card for only $1.99. The other a card was a bit steeper at $7.99. I won't bother you with the other card just yet, that is for another non-Frankly post.

So yeah for Two Bucks I picked up a variation of the 2008 Donruss Threads Frank Howard Rainbow. The Century Proof Gold serial numbered to 50. I think there is only the auto to get, and maybe one of the relics. I'm not big into relics but I'd rather have a bat sliver than a jersey swatch so I might look out for that. 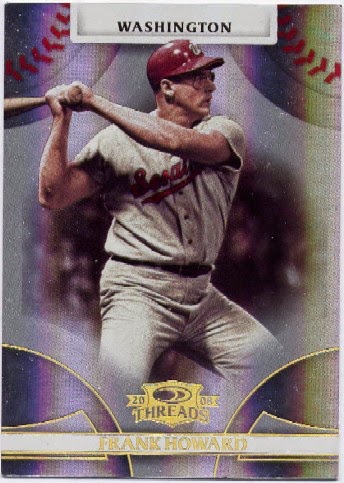 Here is what I have so far with this rainbow:

For my rainbow I'm going to skip the jerseys but there is still the Platinum Century Proof #d/25, and if they made them for Frank Signatures Gold #d/999 or less, Signatures Platinum #d/25 or less, Bat Relic #d/500 or less. So I need anywhere from just one more to four more cards for this rainbow out of a possible 6 more cards.
Posted by CaptKirk42 at 12:00 PM No comments:

1956 Topps Pinhole Pedro
OK so this card has some damage to it in a top corner but I only got it for a quarter from Sportlots shipping was steep at $4.50 but two other vintage cards rode along with it a couple of Baltimore Birds from '55. 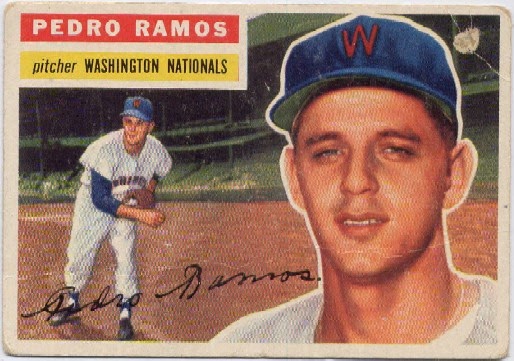 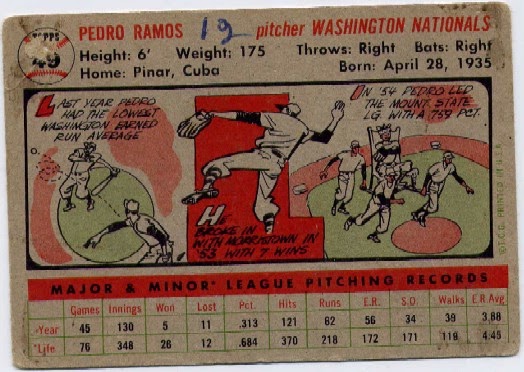 Looking at the front right top corner you can see some crease damage and a pin hole that caused some paper loss. I'm guessing this card spent some time up on a kids bulletin board above the dresser or by the closet. Looking at the back the hole is right smack on the card number making it difficult but not impossible to read the number and Topps above it in the ball design. At the top on the back there is a hand written 12 (it almost looks like a 19) I am guessing it was for the number of wins that Pedro got in that '56 season.

OK so what can be said? I'll let the card do all the talkin'. 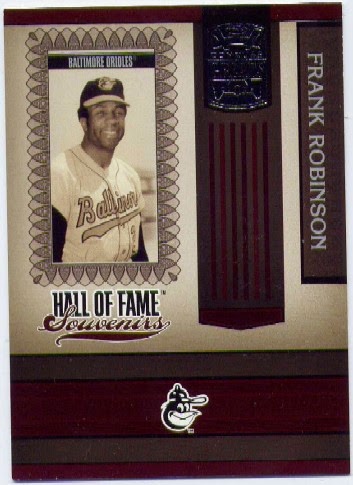 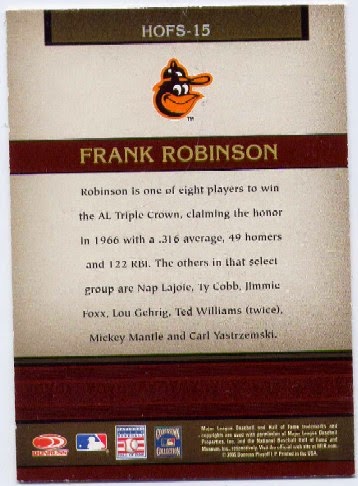