Well here we go again. As of the World Series Dusty Baker is out as the Nats Skipper. In his place is Dave Martinez Fresh from the Cubs as their bench coach from 2015 to 2017. He was part of that goat curse breaking 2016 Championship team. As far as NatsPos connections he played for Montreal from 1988 to 1991. Martinez started his playing career with the Cubs before being traded to the Expos then played for the Reds, Giants, White Sox, Devil Rays. Then back to Cubs to Rangers to Blue Jays all in 2000 then finished in 2001 with the Braves. His coaching career began in 2008 with the now Rays (they dropped the Devil) til 2014 then went to the Cubs December of 2014. 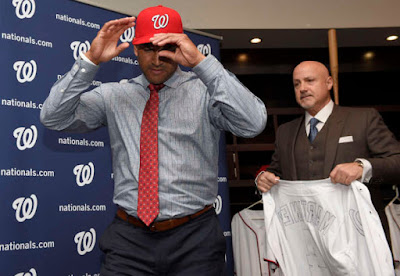 I didn't think I had any of Dave's cards, but in checking The Trading Card DataBase I noticed his RC was this card (good old 1987 Topps Traded) which I have since I have all the 1980s Topps Traded Sets in/with their boxes. I might have some more of his cards from his playing days but I'm not sure. At this time I'm not going to check. I'm going to be lazy and use an online image of the card since it is a very common card. Not using a scan of "my" card may turn off some readers, but hey I like being honest. Oh interesting what looks like a huge sweat stain on his jersey is the shadow of his gloved arm. 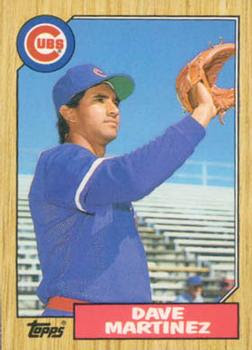 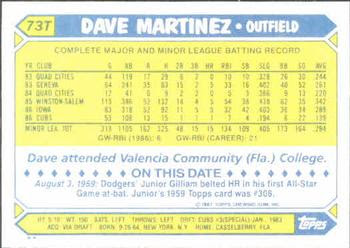