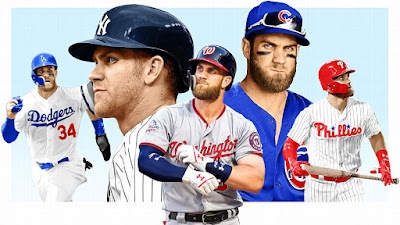 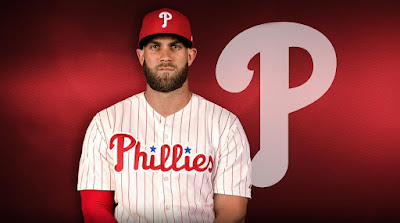 And the Winner of the 2019 Bryce Harper Free Agent Sweepstakes is the ...Philadelphia Phillies! For only $330 Million over 13 years the biggest contract in MLB history and of all sports for that matter. No Opt-Out Option and a No Trade clause. He will finish out his career as a Phillie at age 39. So sadly for us Nationals fans that may mean if he does make the MLB Hall of Fame he would most likely go in as a Phillie since he would have been with them for almost twice as long as he was a Nat (13 years vs. 7)

I am very mixed on the news. As a fan of Hawper as a player I am glad he will still be playing, however he is playing for Philly which is a division rival. The closest division rival geographically.

Does the addition of Harper to Philly's line-up insure them championships? Maybe. It certainly puts them in the running to be contenders to be the National League East Division Champs. Some have said it practically insures them to get it, others say it doesn't guarantees but does increase the possibility. I agree it will help them in the long run to continue to be contenders. That is if Harper stays consistent and/or actually improves during his career. He is the all time leader in slugging percentage at their park.

I think I will get used to the situation. I won't like it but I will have to get used to it.

When I got a notice that there was a Topps Now card of Bryce in his new Phillies Uniform (The first official card of him in a Phillies Uni) I decided to jump at it. I ordered two copies of it today (Monday 04 Mar 2019) from the Ebay seller toppsnow for $5.99/each Free Shipping. I got a discount of 60¢ off so the total was $11.38 normally it would be $11.98 The estimated arrival date range is April 16-29 often times things will arrive a bit early. I hope so. Well since I was wondering what sort of Harper card I would show for this post I'll show the card images from the Ebay listing I am expecting to receive it from. 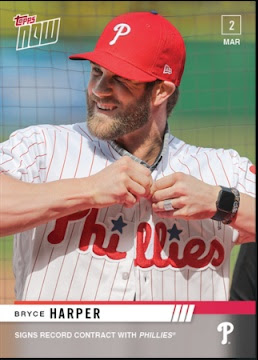 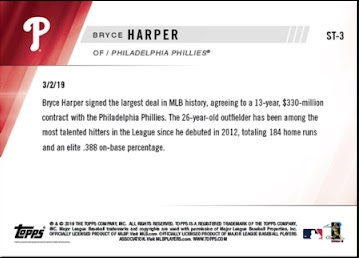