It is an Oddball card meaning it is from a manufacturer that is not your regular trading card maker it is also an oddball size 3 and 3/8 inches by 3 and 3/8 inches, plus this particular card is also one of those standee cards that has perforations that allow you to fold and bend the card so that it stands up (and thus reducing the value and more so the condition of the card)  It is from the 2009 EnterPlay MLB Fan Pak set The Trading Card Database (TCDB) has the checklist. I noticed there are some cards from the set I will need to get sometime.as there are one or two of my PC guys and a few guys who were future Nationals. The only "National", that is the only player who was on the Nats at the time the set was released, is Ryan Zimmerman which is the card I have and am featuring in this post. In the photo Ryan is wearing a throwback cap that is sort of an homage to the Original Senators team circa the 1920s except it is more modernized with a red bill that makes it a weird combination era hat.

Anyway I don't have a story to yarn about so here is the card: 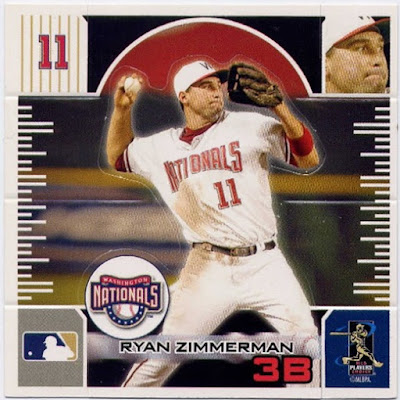 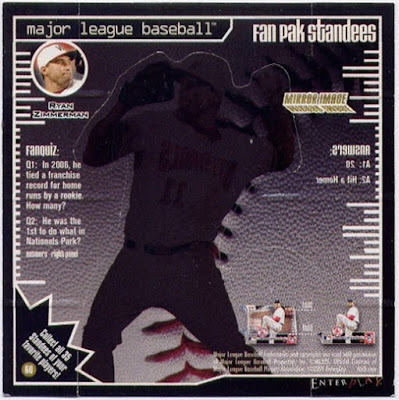