[This is not the final logo just a fill-in while I work on a better one.]

I think I will try this new feature that will hopefully I'll do regularly every week. I am calling it "FRANKly Friday" it will prominently feature my all time fave SeNator Frank Howard (and occasionally Frank Robinson, and maybe a few other Franks* who have played ball, or managed in DC). It will mostly just be a regular showing off of cards and memorabilia like many of my posts here. It is an attempt to get motivated to do more posting around here. This is my least active blog of the three I do. Not sure how in depth I'll get with this feature. 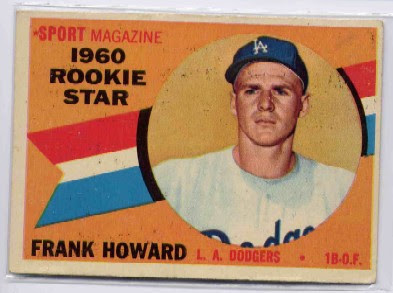 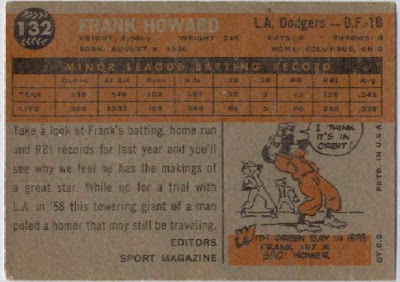 I also have a reprint in the chrome style: 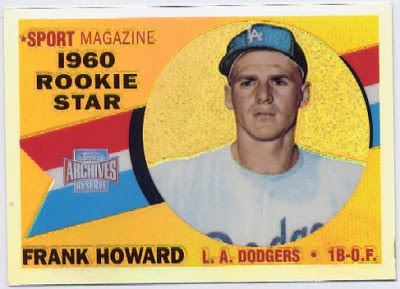 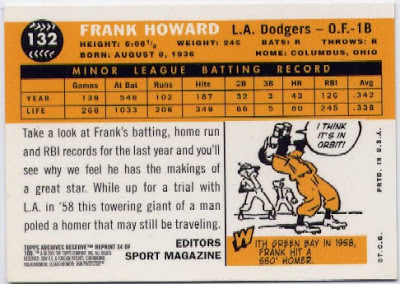 There seems to be a straight 2001 Topps Archives Reserve that is not chrome I need to find one of those.

*Not 100% sure how many Franks have appeared in a DC uniform. My DC Ballpark Franks list below gives the years they appeared in a DC uniform. I may have missed a Francis or two, if I have missed a DC Frank, Francis or variation of Frank please let me know so I can add him to this list. If anyone has cards of these guys, especially some of the earlier ones I'd like to acquire them if possible.