In this frustrating losing season on Jun 11 a little bit of sunshine lifted the season a tiny bit. Juan Soto, Nelson Cruz, and Josh Bell hit back to back to back homers scoring 4 runs against The Milwaukee Brewers (traditionally and annoyingly pesky opponent) in an 8-6 victory.

Here is the Topps Now card that commemorates that event. 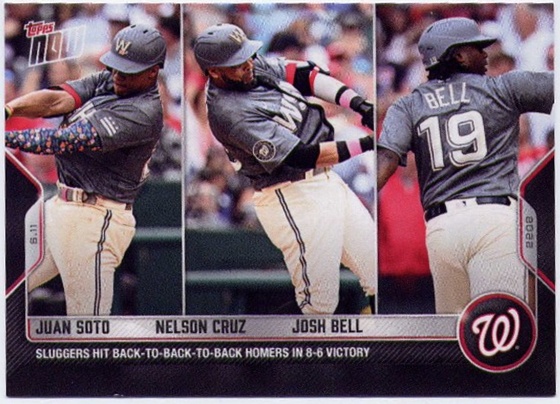 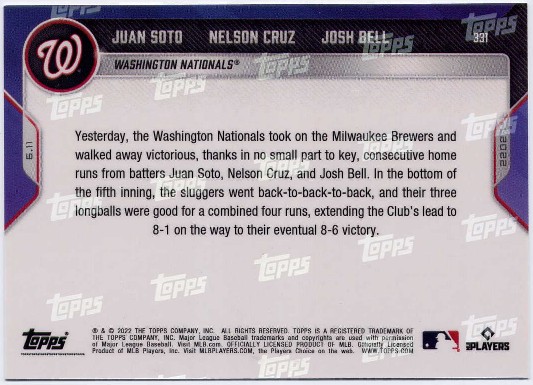 Sadly a few months later Juan Soto and Josh Bell would be traded to the San Diego Padres. In the final two games of their last 4 game series guess which two players would do San Diego's only scoring for those two games? Yep Juan Soto and Josh Bell. In game 3 they hit back to back homers giving the Padres a 2-1 victory. The next night Josh Bell hit a 2 run homer giving the Padres a second 2-1 win in two nights.